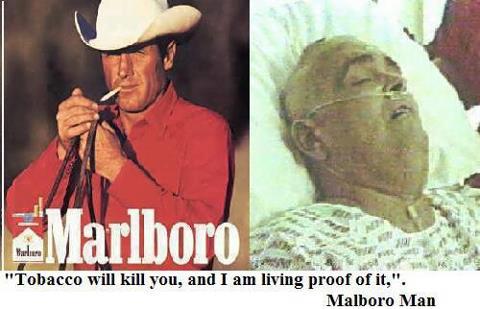 Death in the West

Death in the West, a Thames Television documentary, is an exposé of the cigarette industry that aired on British television in 1976 and exposes the myth of the Marlboro Man. In its March/April 1996 issue, Mother Jones said of Death in the West: “It is one of the most powerful anti-smoking films ever made. You will never see it.” The second sentence refers to the fact that Philip Morris sued the filmmakers, and in a 1979 secret settlement all copies were suppressed. However, Professor Stanton Glantz released the film and San Francisco‘s then-NBC affiliate KRON-TV aired the documentary in May, 1982.

[NBC Monitor produced an investigative TV report titled Death in the West (June 18, 1983), which is accessible at the Internet Archive.

The Marlboro advertising campaign, created by Leo Burnett Worldwide, in the 1950’s is said to be one of the most brilliant advertisement campaigns of all time. It transformed a feminine campaign, with the slogan “Mild as May”, into one that was masculine, in a matter of months. Although there were many Marlboro Men, the cowboy proved to be the most popular. This led to the “Marlboro Cowboy” and “Marlboro Country” campaigns

The proposed campaign was to present a lineup of manly figures: sea captains, weightlifters, war correspondents, construction workers, etc. The cowboy was to have been the first in this series

Using another approach to expand the Marlboro Man market base, Philip Morris felt the prime market was “post adolescent kids who were just beginning to smoke as a way of declaring their independence from their parents.”

When the new Marlboro Country theme opened in late 1963, the actors utilized as Marlboro Man were replaced, for the most part, with real working cowboys

Eric Lawson, the fourth man to portray the smoking cowboy, who appeared in Marlboro print ads from 1978 to 1981, died at the age of 72 on January 10, 2014, of respiratory failure due to chronic obstructive pulmonary disease, or COPD. A smoker since age 14, Lawson later appeared in an anti-smoking commercial that parodied the Marlboro Man, and also in an Entertainment Tonight seThe Marlboro Man image continued until at least the early 2000s, in countries such as Germany and the Czech Republic.[22] It still continues in Japan (on tobacco vending machines, for example), where smoking is widespread in the male populationgment to discuss the negative effects of smoking. 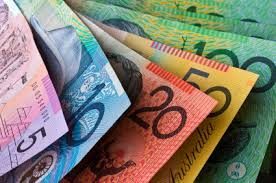